All the teams in the competition with Selfie from Segway Spain 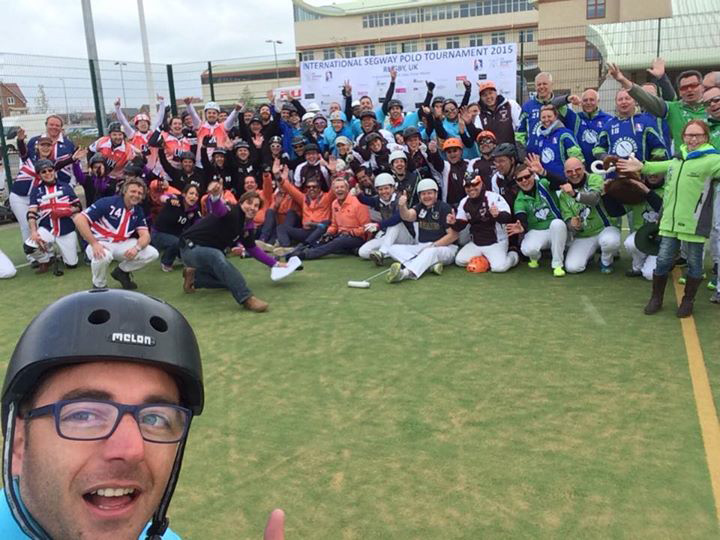 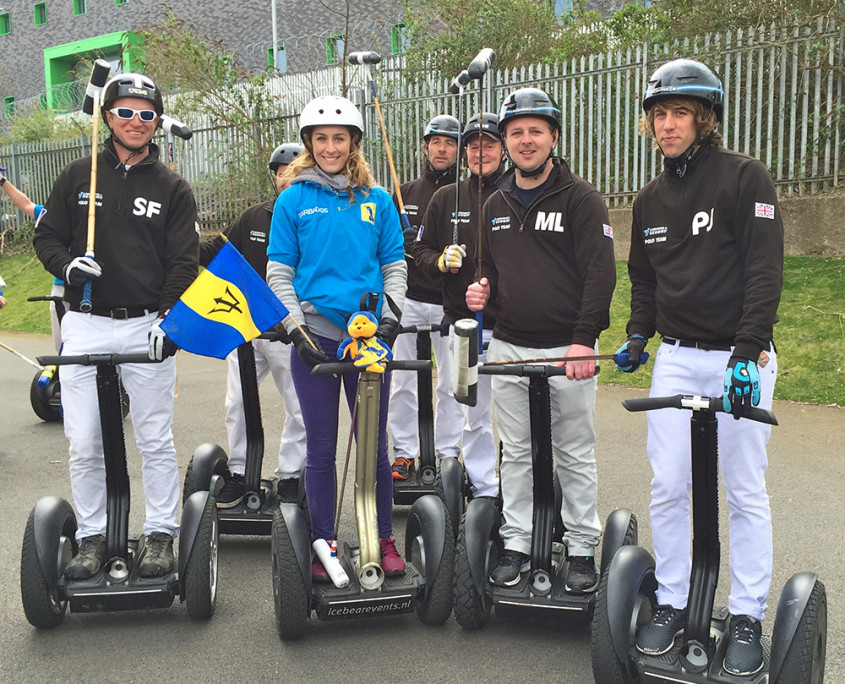 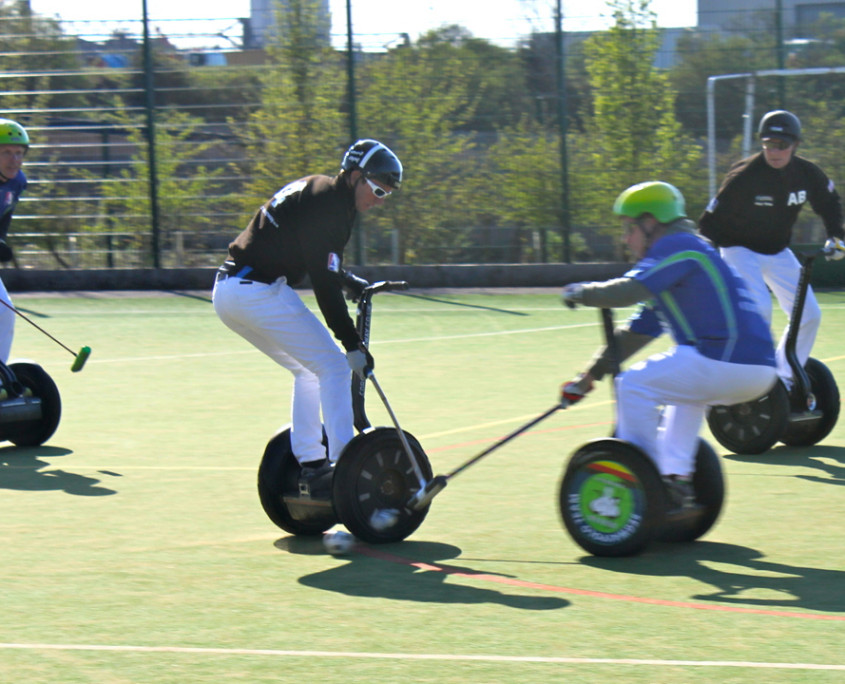 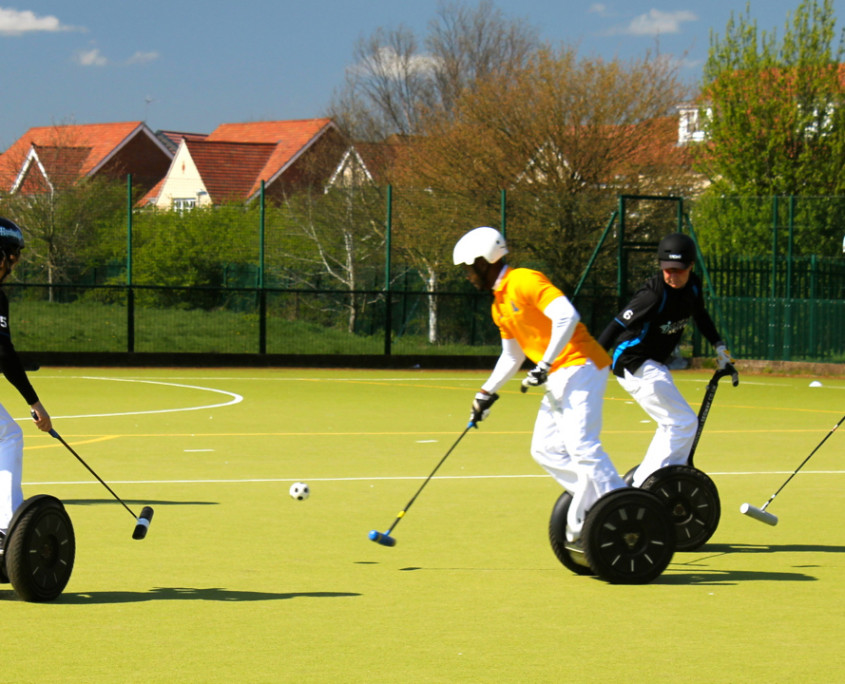 Segways taking a break before the next chukka! 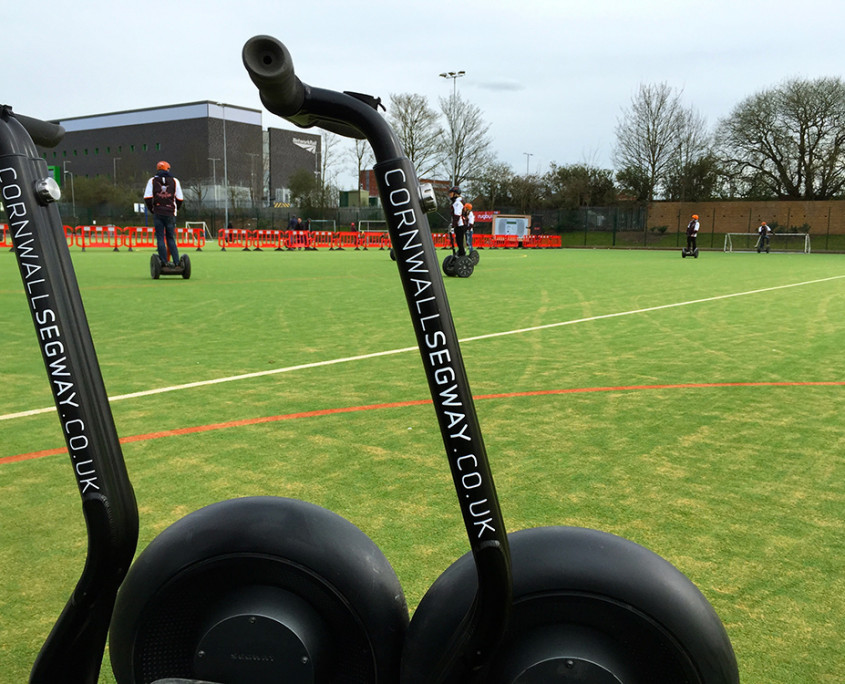 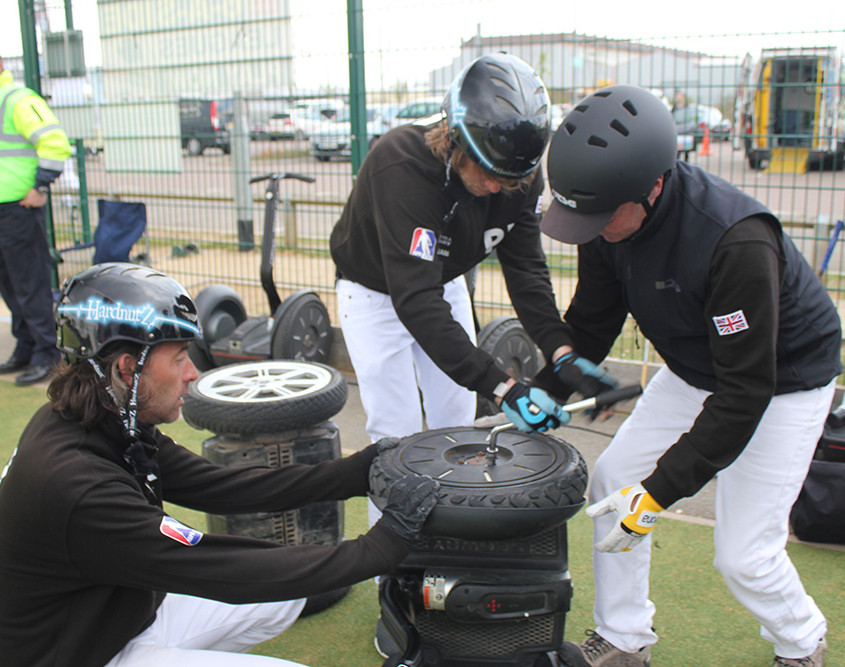 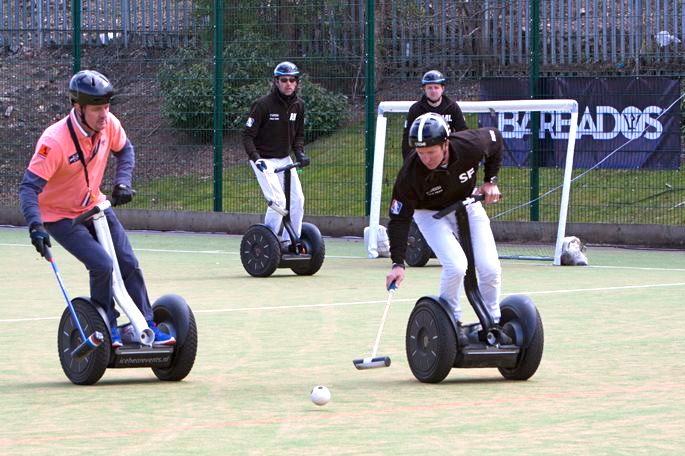 Local businesses Cornwall Segway and South West Polo has put together a team of players to enter the UK’s first Segway tournament held in Rugby on April 18th & 19th.  Teams from around the around the world will be gathering for what is billed as the warm up event for the sports biggest event, the Woz Challange Cup, Segway Polo’s equivalent to the World Cup, named after Apple cofounder Steve Wozinak.  16 teams will be battling it out from the UK, Germany, Sweden, The Netherlands, Spain and from as far flung reaches as Barbados!  As featured on the Gadget Show and BBC Click Worldwide, who were both in attendance!

The Results
Overall Cornwall placed 9th out of 16 worldwide teams, more importantly Cornwall was the highest placed British team, beating both other British teams comfortably.  All in all not bad for a first time effort considering we have only played 6 practices on astroturf this year to prepare for the event with no opponents to practice against.  Because of the performance, the experienced teams and Woz Cup organisers were so impressed we have been invited to play in the world championships in Cologne in Germany in July!  With a few months to practice and our invaluable knowledge gained from our first tournament we aim to improve on our 9th position.

We are currently seeking local sponsors to help us achieve this – please get in touch if you can help – if you are kind enough to do an article this is really important for us.  Although we will have to pay for much of the trip ourselves we still need to raise the funds to be able to send a Cornish Team.  Many Thanks.

The overall winners, Germany’s Balver Mammuts have won the World Champs 3 times previously and have been playing for 7 years.  They beat another German team, The Funky Move Turtles 2-1 over the four 8 minute chukka’s.

All the players did magnificently over the 2 days, with Myself and Andy sharing the goals in attack, Paul Jenkin providing the assists in midfield, and Martin Lusty, Paul McIntosh and Rohan Kelly keeping 3 clean sheets out of 5 in defence and goal. Amy Williams (Winter Olympic Gold Medalist)  was also in attendance with the Gadget Show playing in goal for Team Barbados! More television coverage will appear on the gadget show and BBC Click in the next couple of weeks.

The team are planning a exhibition match on the beach against ‘real’ horse polo players at Watergate Bay as part of the Beach Polo event on Sunday 28th June. We also practice most monday evenings at Camborne College – drop us a line if you are interested in training with the team or booking a session for friends and family. We are now preparing for the Segway Polo World Cup (‘The Woz Cup’) in Cologne, Germany in late July. If you are interested in sponsoring the team, email us from the contact form or preferably give us a call.

Background to Segway Polo
Segway polo is a team sport which started in the US in 2004. Segway polo is similar to horse polo, except that instead of playing on horseback, each player rides a Segway on the field. The rules have been adapted from bicycle polo and horse polo. Two teams of five players each hit a ball with their mallets, trying to get the ball into the other team’s goal. The regulation field size is 61 meters by 39 meters, and the goal is 2.4 meters wide by 1.5 meters high. A regulation match consists of four 8 minute quarters, known in polo as “chukkers.” The ball can be struck with the mallet or any part of a player’s body or Segway but may only be directed using the mallet. Since no specific fitness level is required to play, barely any age restrictions and with all equipment provided, it makes the sport accessible to all and a ‘Sport of Equals’. 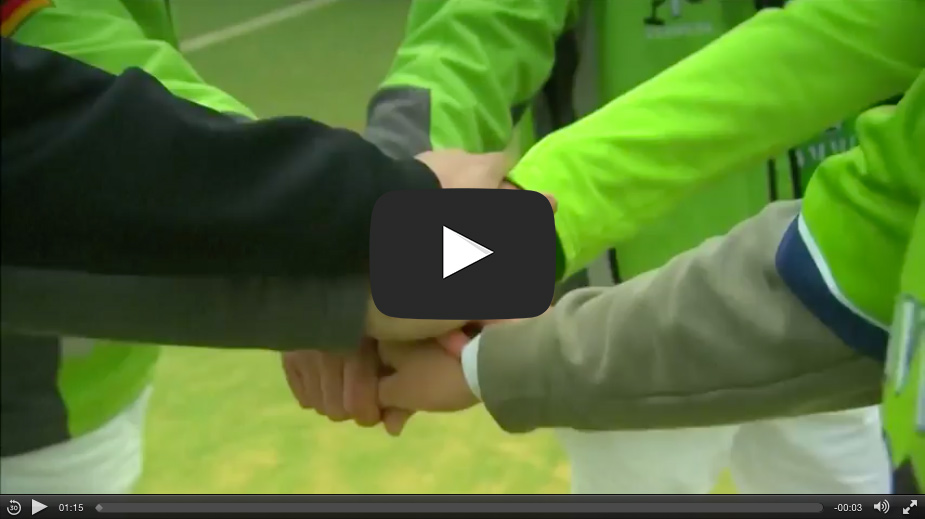